How did you come up with the idea of the Jaguar Stones?

The Jaguar Stones as a series was inspired by Jon’s wild childhood growing up in Central and South America. He used to tell our children bedtime stories based on his experiences and the books came out of those stories.

The five fictional jaguar stones were partly inspired by a jade carving that was found in a tomb at Altun Ha in Belize. This volleyball sized head is carved out

of a single piece of jade and is the largest jade object ever discovered in the Maya area. There is much discussion about its identity, but it is thought to be either a Sun God or a Jester God. In our books, there are five jaguar heads embodying the five pillars of ancient Maya society: agriculture, astronomy, the arts, military prowess, and kingship.

Lord 6-Dog vs Lord 6-Rabbit? Why the change?

It’s a long story but here goes... in the first hardcover edition of Middleworld (now out-of-print), the Maya king’s name was Lord 6-Rabbit, a nickname based on his birthday in the Maya calendar: the day of Wak-Lamat (Wak = six.) Before the paperback edition came out, our consulting archaeologist informed us that they no longer read the glyph Lamat as “Rabbit”. This was now regarded as an Aztec  reading and the Maya interpretation was now thought to be "Star", as in Venus the morning or evening star. We didn't want our king to be called 6-Star or 6-Venus, so we changed his birthday to Wak-Ok or 6-Dog. Click here for a fuller explanation of the changes between the original Middleworld hardcover and the paperback link

Where can I buy the books?

If your local bookstore doesn't have Jaguar Stones books in stock, they should be able to order them for you. The series is also sold on Amazon and B&N.com. Signed and personalized copies are always available from through our local independent bookstore, The Norwich Bookstore, here in Vermont You can e-mail them at: info@norwichbookstore.com 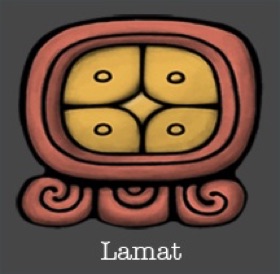 Is San Xavier a real place?

San Xavier is a fictional country based on present-day Belize. We chose Belize, because English is one of the official languages. Most people also speak a Maya language and/or Spanish.

What do the yellow butterflies mean?

Many cultures identify butterflies with the spirits of the dead. To the ancient Maya, yellow was the color of the underworld and death. In The Jaguar Stones series, the yellow butterflies seem to help Max and Lola in their fight against evil. If you go to the Yucatan peninsula, you’re likely to see a cloud of Orange Yellow Sulphurs - one of the most common and beautiful butterflies of Central America.

Are the ancient Maya temples in the books real? Do those secret passageways exist?

As to the secret passageways, we’ve been in quite a few Maya structures that have spooky underground passageways, hidden tombs, and twisting pitch-black labyrinths.

Remember how Max and Lola enter the pyramid of Ah Pukuh through a huge scary monster mouth? You see that a lot in the Rio Bec region of Mexico. And remember how the Undead Army are sleeping in a smaller pyramid inside the temple? It was common for the Maya to build new pyramids over old ones, like the layers of an onion. Between these layers, archaeologists often discover tombs, artifacts and intricate carvings with their original paint intact.

Of course, the weather/map table in the pyramid of Chahk and the star chamber in the pyramid of Itzamna are completely fictitious. (If they’d been able to control the weather, Maya kings wouldn’t have needed to give blood to ask the gods for rain.) However, in 2012 archaeologist Bill Saturno found a room in a pyramid at Xultun where Maya astronomers tracked the planets, calculated time and projected a range of calendars. It’s the same concept as our star chamber at Itzamna, but using human calculation instead of a time machine!

Is Xibalba a real thing in Maya culture?

Yes. Xibalba is the K’iche Maya name for the underworld and means “well of fear”. In Maya mythology. the underworld was a cold, damp, scary place. It is described in the Popol Vuh as a court ruled by the Lords of Death.

Are all of the Mayan words you use real?

The Mayan words we use in the book are all actual Yucatec Mayan.